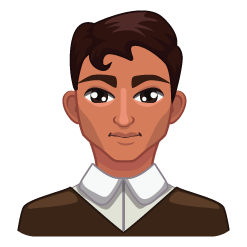 Every once in a while, my car wouldn't start when I turned the key. It seemed that this happened when I was in the biggest hurry and didn't have the time to mess around with it, so I started doing some digging to find out what could cause a car not to start intermittently. I found out that there are a lot of elements that could cause the problem, so I learned how to troubleshoot each issue. If you have a car that doesn't always start when you want it to, visit through my blog. Here, you will find out what could be causing it and how to troubleshoot your way to repairing it.

finding the problem with a car that doesn't always start

If you have an extra car that for whatever reason has been sitting unused in your garage for a year or more, getting it back into shape for driving again can be tricky. You'll need to take care to avoid pitfalls such as causing damage by starting the car without preparing it properly first. Some of these problems are only dangerous to the car but others can be risky for the driver as well, so be sure to take preventive steps against each of them. If you're unsure whether the car's safe to drive, be sure to ask your mechanic for advice. Use these three items as a guide to help you avoid the potential danger to your car and yourself that can occur if you start a disused car carelessly.

If the oil is low or too old, your engine may overheat and eventually fuse together. Old oil tends to turn to sludge, which is why it won't lubricate the engine effectively. Sludge forms when the oil additives absorb too much water (which can happen over time even if the car isn't used). Chemical changes occur, the additives break down, and the oil is of no use any more. In addition to not functioning as a lubricant, sludge is really bad for your engine, which is why you should always check and ideally change the oil before running the vehicle. Your engine can also overheat if your radiator fluid is too old; old coolant wears out, meaning the rust inhibitors stop functioning, and bits of rust will eventually get into the coolant. These flakes can clog up the system badly enough that your engine doesn't get the coolant it needs. Also, it's a really bad idea to circulate rust inside your engine.

If there's a problem with the transmission fluid, you'll probably notice. If the fluid fails, the car won't go into gear. If it's sludgy, the car may grind gears, make strange sounds, or participate in other odd behavior. So if you notice any odd resistance to shifting when you start the car, turn it off and change the transmission fluid. But if it shifts fine and you don't notice any problems with it, it can probably wait. However, if the car has been sitting for multiple years, the transmission fluid probably does need to be changed fairly soon because it's had so much time to deteriorate.

These three problems can be avoided by checking and in some cases changing the fluids used to keep your car operational. If you realize you're going to be leaving the car in the garage for a long time, it's a good idea to drain some fluids at that point (such as radiator fluid and gasoline). But now that it's time to start the car again, you can make sure that it's safe to do so by changing the engine oil and radiator fluid and checking brake fluid, transmission fluid, and differential fluid. Contact a repair center, like Bearsch's United Auto Center, if you need more help.